How to Cut Your Tradeshow Costs -- Part 3

+My Gallery
Next: Before the Show Opens. After the Show Closes

How to Cut Your Tradeshow Costs -- Part 3 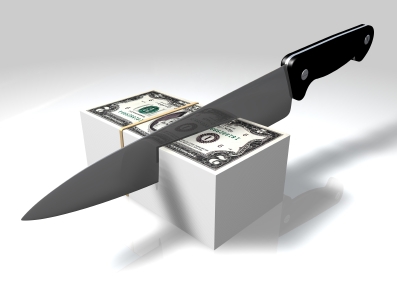 In this article, we share seven tips to save money during and after the tradeshow. To see money-saving tips on your tradeshow design and pre-show planning see Part 1 and Part 2 in the series.

1. Ship Smaller Packages to Your Hotel

You’re going to forget something. It happens. However, shipping small packages to the show facility can increase your drayage bill dramatically. Instead, ship those packages to your hotel and carry the items onto the trade show floor.

While there may be a small hotel service fee, it will ultimately be less expensive than shipping it directly to the show. Plus, it’s less likely to get lost. If you’ve ever tried to track down a small package at a convention center, you know the frustration of wandering through a dock with hundreds of crates, cases, and packages.

2. Communicate with Your EAC

You may be familiar with tradeshow labor––labor provided by the show contractor to help set up your booth––but you may not be familiar with Exhibit Appointed Contractors, or EAC’s. These are independent companies that have the right to provide labor services within a convention center.

Working with an EAC offers multiple benefits. While you may not save a lot of money in a one-off situation, you will save money over time by contracting with an EAC. They are invested in keeping your business and make accommodations that you won’t get from the regular labor pool, because they’re goal is to keep you as a client for multiple shows.

An EAC encourages you to communicate with them before the show by sending them your setup instructions, photos, and other details. This allows them to plan, and planning always saves money. If you have a lasting relationship with an EAC, they will understand and remember how your booth is assembled each year, and correct problems quickly and effectively, ultimately speeding up the process and saving you hours of labor. For more information about EAC's, contact E2MA.org.

3. Hire a Supervisor from Your Exhibit House

If your exhibit house offers to send a supervisor to the show for a fee, you may want to consider it. They are familiar with the assembly of the booth, saving you time and labor costs during setup and dismantle. If there is a problem, that person is the direct path to a solution, whether locally or from the exhibit house.

It may not make sense for a smaller inline, but it’s usually a good idea for larger, more complex booths, especially the first time the exhibit is assembled on the show site. Given a choice, would you rather supervise the assembly of your booth or devote your time to all the other responsibilities necessary to ensuring your show is a success?

In most cases, there is a four-hour minimum for tradeshow labor. Pay attention to that minimum. Exhibitors get skittish about overtime (and should). However, there are times when you can complete I&D with just an hour of overtime. That overtime will be less expensive than scheduling labor for four hours the next day.

Minimums also matter when scheduling how many laborers you need in the a booth. Three workers working on straight time is less expensive than two workers working straight-time and overtime. While it’s not always an exact science, it should be a planned decision, not one that happens by chance.

It’s the end of the show, and you’re exhausted. The last thing you want to do is dismantle your booth. But having someone stay with the booth to oversee the dismantling can be critical.

That person can supervise the disassembly and monitor that the booth gets packed and labeled correctly. Even if it means one more night at a hotel or a couple more meals, that person is invaluable to ensuring your booth isn’t damaged and is ready for the next tradeshow.

The number one cause of damage isn’t assembly. It’s careless disassembly and packaging. In the chaos after the show, it’s not unusual for parts and pieces to get lost or stolen. Being there minimizes those surprises. 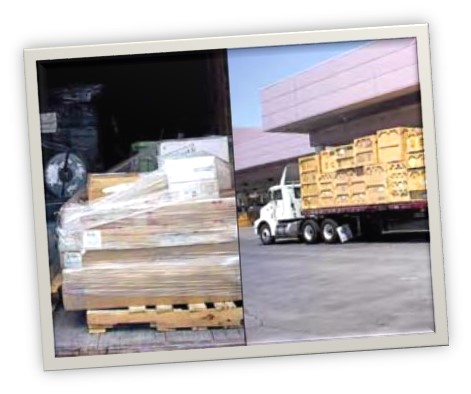 Exhibitors focus so much attention on getting their exhibit to the tradeshow they often forget to arrange return shipping. The last thing you need is the added stress of arranging freight after three exhausting days on the show floor.

In a desperate situation like this, that exhibitor might turn to the show contractor and ask them to ship it, which is always significantly more expensive. If they forget to make those arrangements, the show contractor will have to force-ship their freight back to them. This can equal a down payment to a house––a massive hit to your bottom line. Always pre-arrange return shipping.

This applies to people with active tradeshow schedules in the same city. Rather than having the booth shipped back to the main office every time, look at having the booth stored locally in that city. It can be stored at a local or regional exhibit house, or with a transportation carrier, that can store the booth for a nominal fee.

In fact, the storage fees may be less than what you would have paid to ship the booth to and from the show each time. Check with your Exhibit Appointed Contractor. They often have suggestions on storage options in convention-centric cities like Orlando, Las Vegas, and Chicago.

Do you have questions about any of the cost-cutting suggestions, your trade show budget, or about trade shows in general? Let us know.

Don’t forget to check out Part 1 of the series to find out more cutting your trade show booth costs and Part 2 to learn about trade show planning!

For more information about trade show or event marketing, give us a call or Contact Us. We welcome the opportunity to assist you with your next show.

Mel White
Classic Exhibits Inc.
My Gallery Contact Us Print
+My Gallery
Next: Before the Show Opens. After the Show Closes